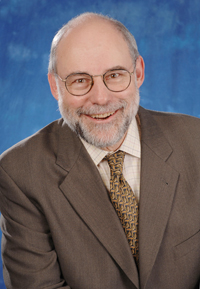 The Evolution of a Literary Canon: A Descriptive Bibliography of the Modern Library Series, 1917-1991

This massive project is being published electronically by the Bibliographical Society of the University of Virginia. It includes bibliographical descriptions and publishing histories of the 763 titles published in the Modern Library series between 1917 and 1986. The Modern Library, published initially by Boni and Liveright and from 1925 on by Random House, was the most tangible representation of the canon in the American cultural marketplace. The project tracks the bibliographical evolution of the books, some of which remained continuously in print for more than 70 years, through successive printings, type settings, and jacket designs, includes publishing history information from the Liveright and Random House archives, charts paratextual information such as introductions added and dropped and evolving jacket descriptions, and documents trends in sales of individual titles. The project has been in progress for more than 30 years. Each chronological chapter documents Modern Library titles first published in a given year. I am currently submitting my final drafts to the University of Virginia at the rate of two chapters a week. G. Thomas Tanselle, the retired vice-president of the Guggenheim Foundation and president of the Bibliographical Society of the University of Virginia, states in his annual letter as president of the Society (February 22, 2011):  "The next addition to the list will be Gordon B. Neavill's bibliography of the Modern Library. It is a major contribution to publishing history and an exemplary work of bibliographical scholarship, and we look forward to adding it to our distinguished list of electronic publications."

This is one of the first articles to address questions about the short life-expectancies of information in digital form. It has been my most cited article, with over 80 citations identified to date. The article has been translated into Italian and reprinted in India.

From Printing History to History of the Book, Canadian Review of Comparative Literature 23, no. 1 (March 1996): 225-37. Available electronically: http://ejournals.library.ualberta.ca/index.php/crcl/article/viewFile/3630/2918 or http://digitalcommons.wayne.edu/slisfrp/58

Role of the Publisher in the Dissemination of Knowledge, Annals of the American Academy of Political and Social Science 421 (September 1975): 23-33.  http://digitalcommons.wayne.edu/slisfrp/44

Has the American Public Library Lost Its Purpose? Bar Out Nothing Because It Is Strange, Public Libraries 33 (July/August 1994): 195-96.

The King Report on Library Education, Library Quarterly 57 (October 1987): 429-34.  This is a 3-part review article; the first and third parts are by Robert M. Hayes and Leigh Estabrook, deans of the Graduate Schools of Library and Information Science at UCLA and the University of Illinois.  http://digitalcommons.wayne.edu/slisfrp/51

Additional publications can be found at http://digitalcommons.wayne.edu/do/search/?q=Neavill

25 book reviews in Libraries and Culture, Library Quarterly, Papers of the Bibliographical Society of America, Publishing History, and SHARP News.