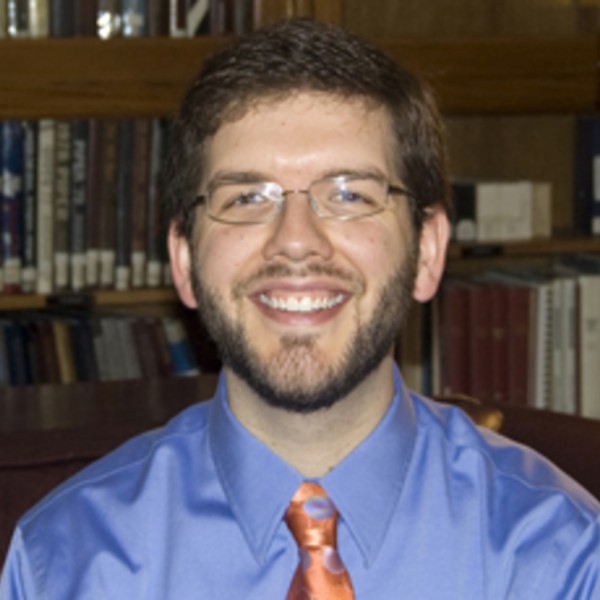 I really like the life-long learning that they provide from baby time, story times all the way up to learning programs for seniors.

Q: Did you go to work in a public library upon graduation?
MC: No, not right away. I decided I wanted to move out of Michigan and found a company out in Seattle who was hiring. I got a position there so I moved out to Seattle and worked for a library software company for just about a year. That experience, really I think, gave me a good angle for when I wanted to come back to public libraries. I had some really practical technology experience, different than from what other candidates might have so it didn't at all work against me that I deviated from my original plan.

Q: What did you do for the software company?
MC: It was mainly customer support and technical service to different libraries. That was really beneficial for me as well because I was able to see academic libraries, special libraries, public libraries throughout the country and really throughout the world. We had international clients as well so I would get to hear how they were using the software, what they wanted from the software, what their patrons expected. I really got a more global understanding of what libraries are and how they serve people.

Q: What was your initial position here at Baldwin Public Library?
MC: I started as Head of Circulation, which isn't a library degree required position, but it was still a really great opportunity. Good to get in at that level. I got involved in some other projects, outside of circulation: in the management team, and then also technical and information services.

Q: Tell us about your experience as a student in the School of Library and Information Science.
MC: I was an active student. I was very involved with the various student associations. I think that that's a very beneficial thing for people to pursue while in the school, it gives you an idea of what's available after you graduate, it's excellent on your resume, and it gives you a chance to work with students in a different way and start to get into the professional community.

I was president of the ALA student chapter. I would plan tours to different libraries, get students involved and interested in that way so I definitely recommend people do that.

Q: What concentration did you pursue?
MC: I was in the Public Library Administration realm I would say. I've always had my eye on being a Public Library Director. So I was comfortable with taking those classes, looked forward to those classes. I think it's good for everyone to spend some time in the administration realm, at least in my time it was required. I think that's a good thing just because you may not expect to be a Manager, or Director, or in charge of a certain area, but you will...one day.

Q: Are there any areas you would do differently if you had the chance to do it over?
MC: I think it would have been helpful to try to focus a little more on some financial aspects of libraries. I think that as library budgets get tighter and budgets get cut and slashed, that it would be helpful to have a little more experience and understanding about how they're funded, how to generate additional revenue, how to advocate for your library. I think all of those skills are just really essential right now.

Q: What advice would you give to the student who isn't sure where to focus in their MLIS?
MC: I think you should do your homework as much as possible before you really commit yourself to the program. Schedule some visits with libraries in the area. Meet with librarians in different positions. If you can talk with a director of a library that's great, but then also talk to just a librarian, someone who does programming, someone who works with teens, someone who works with youth, just to get an idea of what the profession actually looks like, what they're actually doing. Just so you can try to see if that would be a good match. It's different from reading through stuff online or reading books about the profession. It also gives you a chance to see the library, see the environment kind of see what they're doing. They may even be willing to let you shadow them for an afternoon, just to see what it's really like to work the reference desk. It'd be much better to find out yes, this is a great match, I want to do this, then finding out later maybe this is not something I want to do.

Q: When you were in the school, you were in the traditional face-to-face program. As you know, we have a lot of students these days both in the Detroit area and across the nation that are taking the fully online MLIS. Could you offer any advice to online students?
MC: I think that there are some challenges in going through the school online but you really just need to set yourself apart from other people in the class. You need to make sure that your professor knows you, even if you're just a name on the screen. Interact with them as much as possible. Try to interact with the other students in the class just to build some type of relationship. If you just log in, go through the lecture, then log off, and you're done, you won't get very much from it and you probably won't stand out as much in the professor's mind, and even in your classmates' minds. It's important to build what connections you can online. If you find out you have a few other students in your area, try to meet up, even just socially so that you can build some connections with other people in the school.

Q: Have you continued networking in your professional life?
MC: Yes, it's really important. The library community is pretty small so whoever you're in class with, you're going to run into them at a conference, or in a job interview. It's really important to cultivate those relationships while you're going through your various classes and afterwards stay in touch. I've sent emails to people when I see a position or promotion announcement that they've moved onto something new, just to keep the connection there. You never know when they might be back in your circle and when you might need something from them, or you might be able to help out in some way. So outside of just connecting with people online, it's important to keep real connections going. It's exciting to see where people who were in class with you at the same time, where they ended up going. People moving to all parts of the country and in the world just taking up all sorts of positions - it's just interesting to see what the potential is after you're done with school - where you can go.

Q: You work in the Detroit metro area, 15 miles from the school. What advice would you offer to students in rural communities or who are far from Wayne State?
MC: I think as a student, you have lots of opportunities that may not be really formal. They're not laid out for you but they are there if you want to pursue them. You can reach out to a library in your area. Even if it's a community college library, small public library, there might be a law library, or something like that. Just go in, introduce yourself. Talk with them about what they're doing and if you're interested in the library, maybe offer to come in for a few hours a week. Kind of shadow them but maybe provide some assistance as well. I know in this library, we're really hungry for volunteers. And if someone is interested in libraries, then that's just a huge plus. To know they would be a committed volunteer that they're really interested in what we're doing, and it's also good to know they'll benefit from whatever experience they get here. Even if it's something as simple as shelving books, or processing discards or something like that.

I think there's also an opportunity to get beyond just libraries and talk to book store owners, talk to non-profits, talk to coffee shops, just to get a feel, a vibe from the community, try to tap into that. I can say working in a public library I do networking, and reach out to coffee shops. We have book discussions there. We're doing some different marketing things with businesses, fundraisers. It's helpful to get really comfortable talking about libraries, talking about the profession, and finding out how your organization can work with theirs.

More and more of that partnership concept, especially between non profits, is essential. The city commission really looks favorably upon our work with the museum for example: two organizations serving the same community with similar interests. We're not competing with one another. We're putting on joint programs and working together. I think you can start to cultivate that before you're really in a professional position. You can start to make those connections and see the potential.