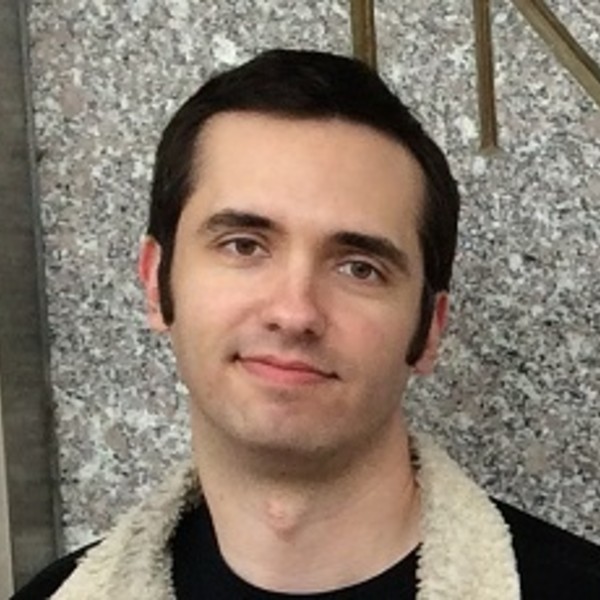 "Dutkewych has found purpose as he pursues his interest in archival work, whether it's digitizing Detroit soul 45s or increasing access to a library's collection."

From the Pivotal Moments Campaign for Wayne State University

"People don't realize that every neighborhood in Detroit had a whole list of singers, songwriters, musicians who never made it out like the Motown artists did," he said. "I've been able to dig up a lot of cool stuff, and so I just got interested in properly archiving it. There's a huge niche audience looking for rare Detroit stuff."

In 2014, Dutkewych '08 B.A. was searching for a new career and spending weekends working on his passion project: archiving obscure Detroit music. An email from Wayne State's School of Library and Information Science (SLIS) inviting him to an open house led Dutkewych to discover that his hobby could become his vocation.

"Not only did this program offer me an opportunity to explore my archival hobbies, this field has been blown wide open by technology," Dutkewych said, highlighting another of his interests. "Because those two things were readily available here, it became clear that this would be a good fit for me."

Dutkewych enrolled in the master of library and information science program, securing a position as the department's technology graduate student assistant and working on archival projects associated with the field's improving technologies.

"The difficulty for archives is they're a little bit behind the game when it comes to serving up their holdings for patrons," Dutkewych said. "There's a big push to either digitize their archival holdings or make them digitally searchable in some way."

As part of the school's professional development programs, SLIS offers an alternate spring break, where students secure mini-internships at some of the best museums, libraries and archives in the nation.

"The students get exposure to iconic cultural institutions' processes," said Kim Schroeder, coordinator of the program and lecturer in the school. "As a bonus, they often attend staff meetings to get an idea of what working at the Smithsonian Institute, the Library of Congress, or the National Archives and Records Administration is like."

Dutkewych interned at the Smithsonian in the spring of 2016, creating folder hierarchies and pathways for the institution's digital content to be made available to patrons. "This year was the first year that SLIS worked with the Smithsonian, and when I saw that, it was my first choice," Dutkewych said. "I could add the Smithsonian to my resume. That was really appealing."

He received a scholarship from SLIS that was designated especially for students who participated in alternate spring break, which is just one example of how Dutkewych feels supported at Wayne State. "Everybody in the program—from the professors all the way up—they're so pleasant and helpful and easy to work with, and they genuinely want the students to succeed."

Dutkewych has found purpose as he pursues his interest in archival work, whether it's digitizing Detroit soul 45s or increasing access to a library's collection.

"Being able to work toward the greater good and to provide access to these important cultural things, that's hugely important," Dutkewych said. "I think anybody who works in this field, they have that propelling them."