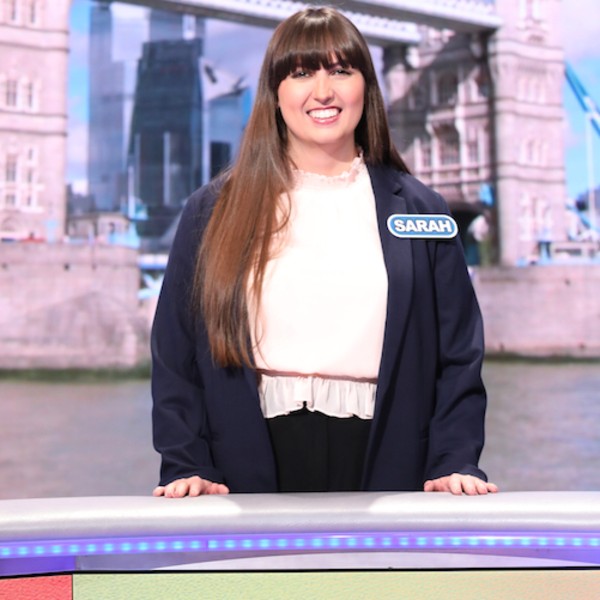 "I came across Wayne State's Joint MLIS and MA in History Degree Program by chance and it ended up being the only program I applied to."

School of Information Sciences student Sarah Smith never imagined her interest in the British Royal Family could lead to a career in library and information science – or a spot as a contestant on the iconic game show Wheel of Fortune.

After hearing about open auditions for the show from a family member, Smith attended a Wheelmobile casting event in Detroit in May 2019. After several rounds of interviews and call-backs, Smith was selected as a contestant and would head to California to film the show.

“I’ve watched Wheel of Fortune for as long as I can remember,” said Smith. “I’m a big fan and try to watch every night if I can.”

Smith is enrolled in the School of Information Sciences' Joint MLIS and MA in History Degree Program and will earn both degrees in December. She found her way to Wayne State after a long illness that left her bedridden for years.

It was during the time she was confined to her home that she discovered her interest in the British Royal Family, and in particular, Kate Middleton.

“I started keeping records and information about Kate – what she was wearing, where she was going – and I thought it was a cool hobby that would keep me busy when I was feeling well and I could put to the side when I wasn’t,” Smith said. “I mentioned it to a cousin who was a librarian and she said, ‘It sounds like you’re doing an archive of her looks and appearances.’ And that planted a seed. After that I came across the Wayne State program by chance and it ended up being the only program I applied to.”

Smith wasn’t looking specifically for LIS programs, but somehow came across Wayne State’s dual degree and it seemed to be a perfect fit. Although her health had improved, it was a relief to find the online-only program that she could complete from home.

Perhaps because of her interest in the British Royal Family, Smith was selected to appear on Wheel of Fortune during “British Landscapes” week. Although she didn’t win, Smith solved several puzzles and took home a cash prize of more than $14,000.

While her dream job would be to work at the Royal Archives in England’s Windsor Castle, Smith hopes to find work at a historic library such as the Bentley Historical Library in Ann Arbor once she completes her degrees.