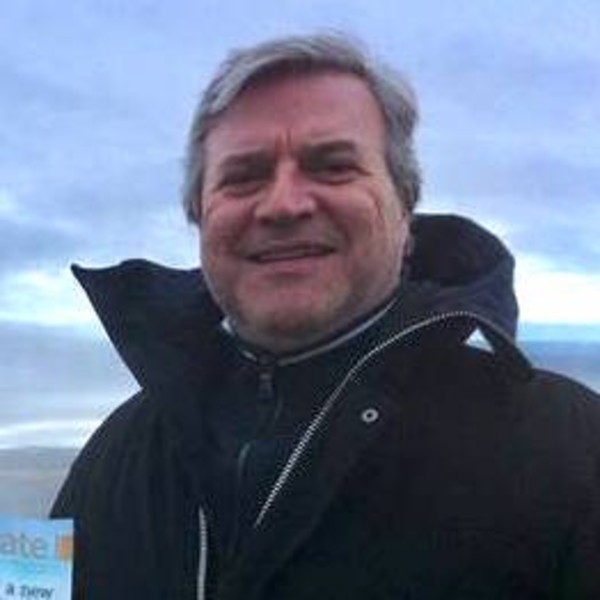 I’ve been very fortunate in my professional life. I found the perfect job for me right off the bat. When I found my way to library science I knew that it was a perfect fit.

Like many in the field of information sciences, Steven Kowalik never considered becoming a librarian, but a series of events were set in motion when he was robbed at gunpoint as a teenager.

Kowalik was working alone at the gas station where he was given his first job when a perpetrator held up the station; beating Kowalik with a pistol, stealing his wallet and taking all of the cash in the register. It was then that Kowalik realized he never wanted to work in a field in which financial profit was the focus.

Soon after, Kowalik enrolled at Wayne State – a practical and affordable choice – and began working toward a Bachelor of Arts degree in the university’s Department of Art and Art History. This would lead to the second event in Kowalik’s life that would guide him to the field of library science.

During his first class, Introduction to the Arts, the instructor used a slide projector to show images of artwork to the class. Kowalik was curious about the slides as teaching tools and stayed behind after class to ask the instructor about them. Kowalik showed such enthusiasm that he was introduced to Lynn Berry, director of the slide library that was then housed in the basement of Wayne State’s Jacob House and was offered a job on the spot.

“It was five years of total bliss because I loved that job. It was a clerical job, but it made me consider the profession,” Kowalik said. “I had never considered working as a librarian, but that experience changed my mind.”

The experience in the slide library and the recommendation from a friend who graduated from Wayne State’s Master of Library and Information Science program convinced Kowalik that the next step in his journey would be to pursue his MLIS.

During his final semester, Kowalik came out as gay to his family.  He no longer felt welcome in the family home, so he packed his few belongings and left. With nowhere else to go, Kowalik slept on a friend’s couch for a few weeks as he attempted to finish his degree. The traumatic situation affected him not only emotionally, but also financially and he feared he might have to drop out.

Kowalik approached the chair of the department and told him that he was going through a difficult time in his personal life and asked for three incompletes on his classes. In addition to receiving financial assistance, Kowalik was allowed an extension to complete his coursework over the summer.

“The advisor was very supportive. His willingness to give me a break motivated me to finish. His support on my behalf to help me succeed has stayed with me,” Kowalik said. “I’ve always been thankful. I wouldn’t be who I am today without the assistance I got from Wayne State.”

After graduating from Wayne State, Kowalik accepted a position at the Hunter College Libraries, City University of New York (CUNY), where he continues his employment today as a faculty member and art librarian managing the Zabar Art Library.

“I was working at the slide library at Wayne State when I got the offer. Everyone was so happy for me – it was a day I’ll never forget,” Kowalik said. “I’ve been very fortunate in my professional life. I found the perfect job for me right off the bat. When I found my way to library science I knew that it was a perfect fit.”

As Kowalik makes plans to retire in the next couple of years, he is also making plans to give back to his alma mater. He has included Wayne State in his will and plans to create the Steven P. Kowalik Lesbian, Gay, Bisexual, Transgender, Questioning and Intersex (LGBTQI) Endowed Scholarship.

“Without my degree from Wayne State, I wouldn’t have gotten the employment offer from Hunter,” he said. “That’s why I want to give back to my community in the form of the scholarship.”

Kowalik also gives back to his profession as an active volunteer and member of the Visual Resources Association and served on the organization’s executive board from 2012 to 2015. He served as the vice president for conference programming and was responsible for developing content for four annual conferences.

Kowalik’s advice to current students is to ask for help when they need it. “You shouldn’t hesitate to ask for assistance from your instructor or the chair of the department,” he said. “Don’t drop out because of personal or financial reasons. There’s probably someone who can help you through life’s rough patches.”