Jazz legend and actress Hazel Scott was the first African-American woman to have her own program on television (the Hazel Scott Show) in 1950. She was a fierce advocate for civil rights in performing venues, film (she refused to play stereotypes), and life in general. She was blacklisted during the McCarthy era, was fed up with the racist environment, and found France to be a more hospitable home for about ten years, finally returning after federal legislation "ended" segregation in the U.S. Even after the Civil Rights Act of 1964, though, the nation continued to be embroiled in racial protests almost as if no progress had been made since the Emancipation Proclamation more than 100 years earlier.

In the summer of 1968, another jazz figurehead, Thelonious Monk, played concerts to help ease the racial tension of the time. It grieves me to think that creative spirits such as Scott and Monk "" not to mention many others "" were profoundly concerned about racial inequities 50 to 70 years ago and yet we are entering the third decade of the 21st century with racism still very deeply embedded in our culture. Black lives do matter.

Indeed, it is hard to imagine a facet of American life that has not been negatively impacted by systemic racism. The last three months of the coronavirus pandemic has disproportionally harmed African Americans. In New York, the virus has been twice as deadly for Black and Latino people than Whites. The accompanying economic difficulties have been especially hard on other minorities as well, some visible, some not immediately obvious. 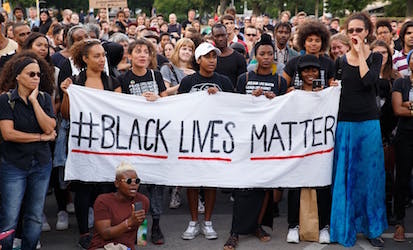 Breonna Taylor and Joel Acevedo were horrific. And these are only a few of the most recent and well-known deaths. We mourn them and others who have died because of racial violence. During this Pride Month, we have also been made aware of the murder of scores of gay and trans people of color during the last year. Being a member of more than one disadvantaged group has compounded the risk of being disproportionately targeted for murder and other violence, notably Black and Latina lesbians and trans women. The protests we have participated in or experienced in response to this violence are having an effect. Let us ensure that the improvements they inspire are swift and continuous. This is as much a year to remember as 1964 and its Freedom Summer.

In the School of Information Sciences here at Wayne State, we are profoundly disturbed by these negative events and the circumstances that have allowed them to take place. Our concern is multi-pronged. Both Wayne State and SIS have visions and missions that strongly support success for all students (and employees), including those from disadvantaged groups. In SIS we additionally have a heightened interest in history, the spread of ideas, resources of accurate information, and access to ideas and information by the very most disadvantaged. The professions represented by SIS programs have a tradition of social justice, equity of access to information and education, and advocacy for equality. And lastly, from my observations as a relatively new member of the SIS community, I have seen that our staff and faculty have an elevated commitment to social justice. We and others at Wayne State will make concrete efforts to address systemic racism and its underlying causes in our curriculum and research.

In difficult times like these, many of us seek inspiration from the arts and other areas of activity that seek to improve the 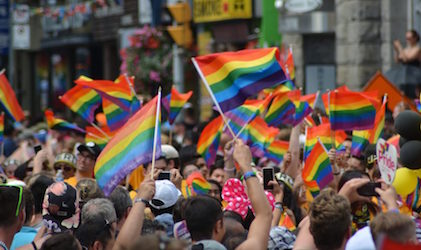 human condition. Thank you, Hazel Scott and Thelonious Monk! But, even the legal system can support positive change: just days ago, the U.S. Supreme Court ruled that the 1964 Civil Rights Act (the one that encouraged Hazel Scott to return home) protects LGBT employees from discrimination "" timely news for Pride Month. I can take some solace in the fact that while the slowness of progress in our society has tragic consequences like the ones we have recently seen, incremental improvements are tangible and demonstrate that individuals can make a difference.

On behalf of the SIS staff and faculty, I wish you a safe, healthy, rewarding, and productive summer. May we all find ways to improve society, the lives of others, and our own!