The 2022 honorees were unveiled on Wednesday, October 19 during the Michigan Library Awards event in Port Huron at an evening of celebration. The recorded Michigan Library Awards program will be broadcast on MLA’s Facebook page on Thursday, November 3 at 7:00 PM. Each recipient was chosen through peer review for their outstanding achievements. Click here for the complete list of 2022 awardees.

Congratulations to this year's recipients! 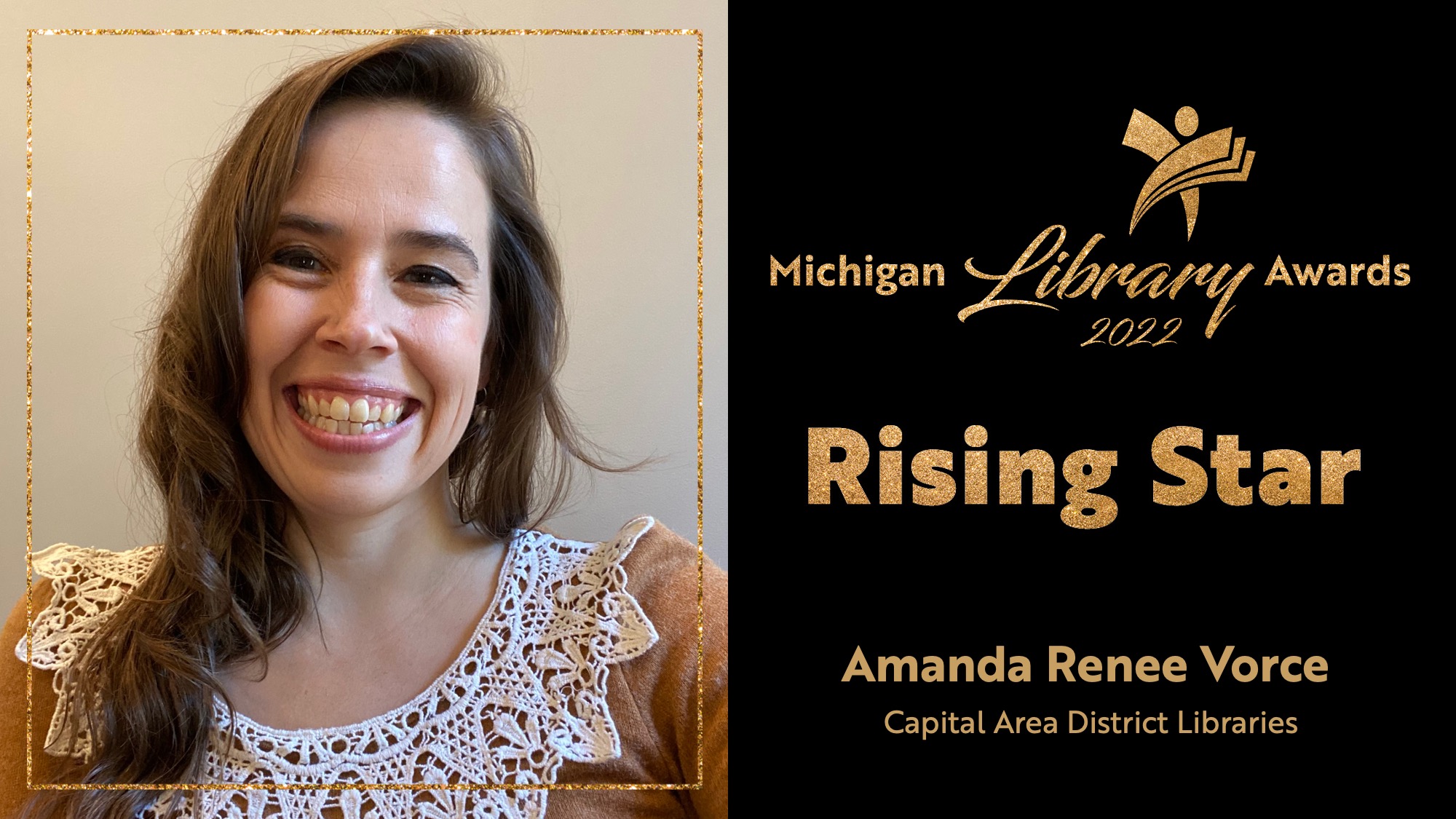 Amanda Vorce, MLIS 2016, from the Capital Area District Libraries was named the 2022 Rising Star. The Rising Star Award recognizes a librarian who shows leadership early in their career, expanding the role of librarians and moving libraries into the future.

Public Librarian of the Year 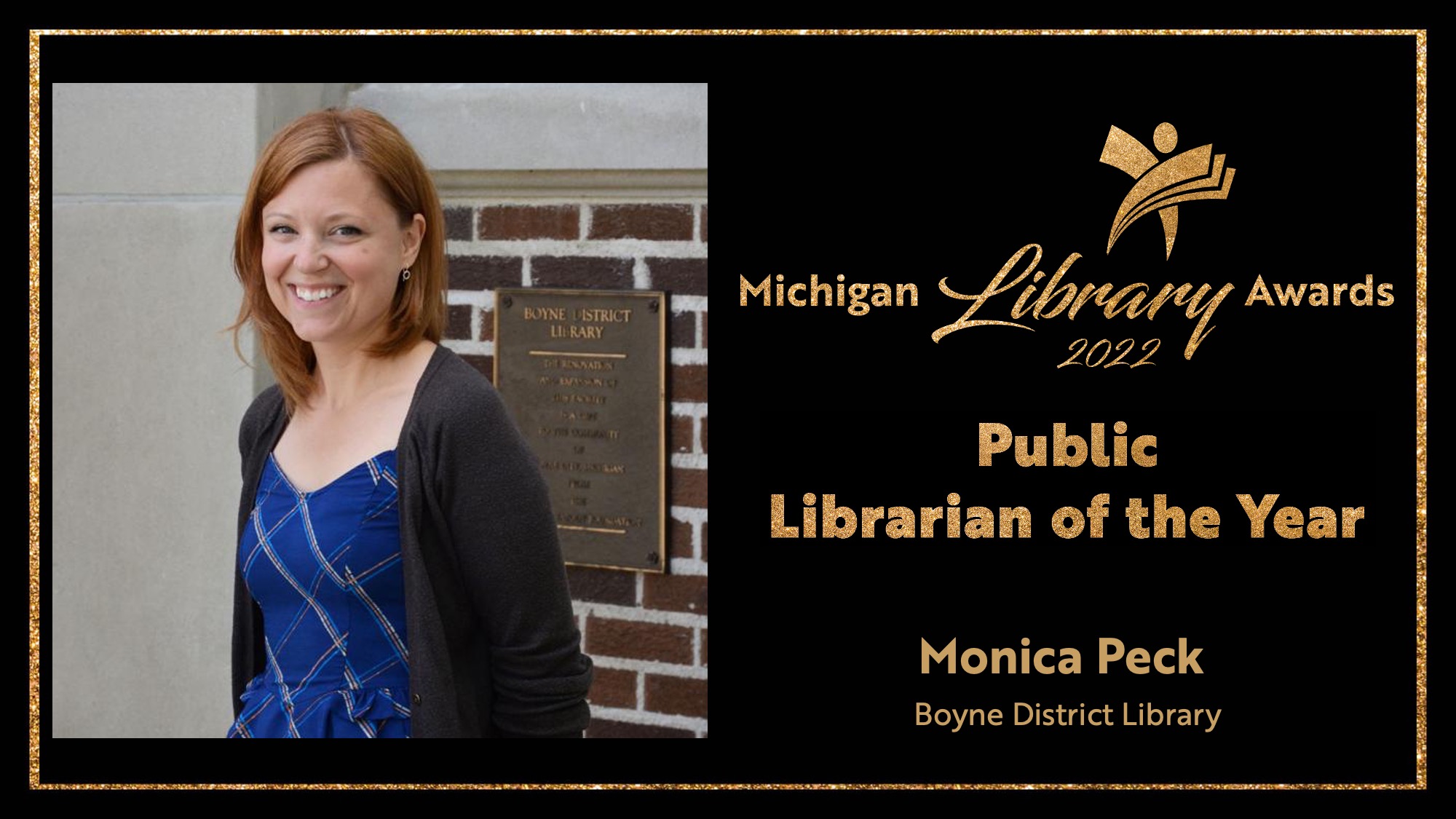 Monica Peck, MLIS 2015, from the Boyne District Library was named the 2022 Public Librarian of the Year. This award recognizes an outstanding library professional that inspires people and provides innovative and exceptional library service to their community.

School Librarian of the Year 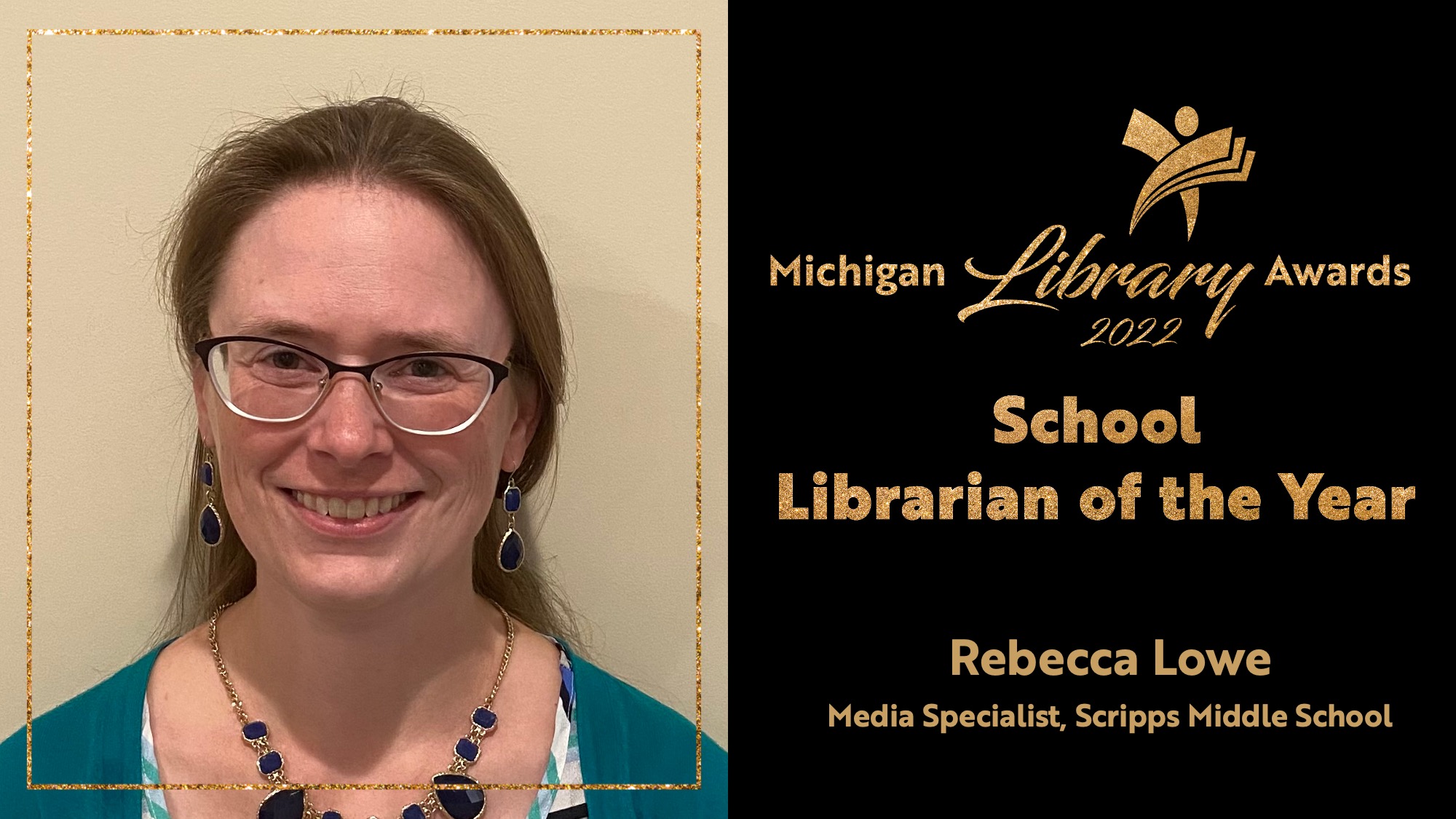 Rebecca Lowe, MLIS 2016, from Scripps Middle School in Lake Orion, MI was named the School Librarian of the Year. This award celebrates and honors those who have championed school libraries through volunteerism, administrative support and advocacy. 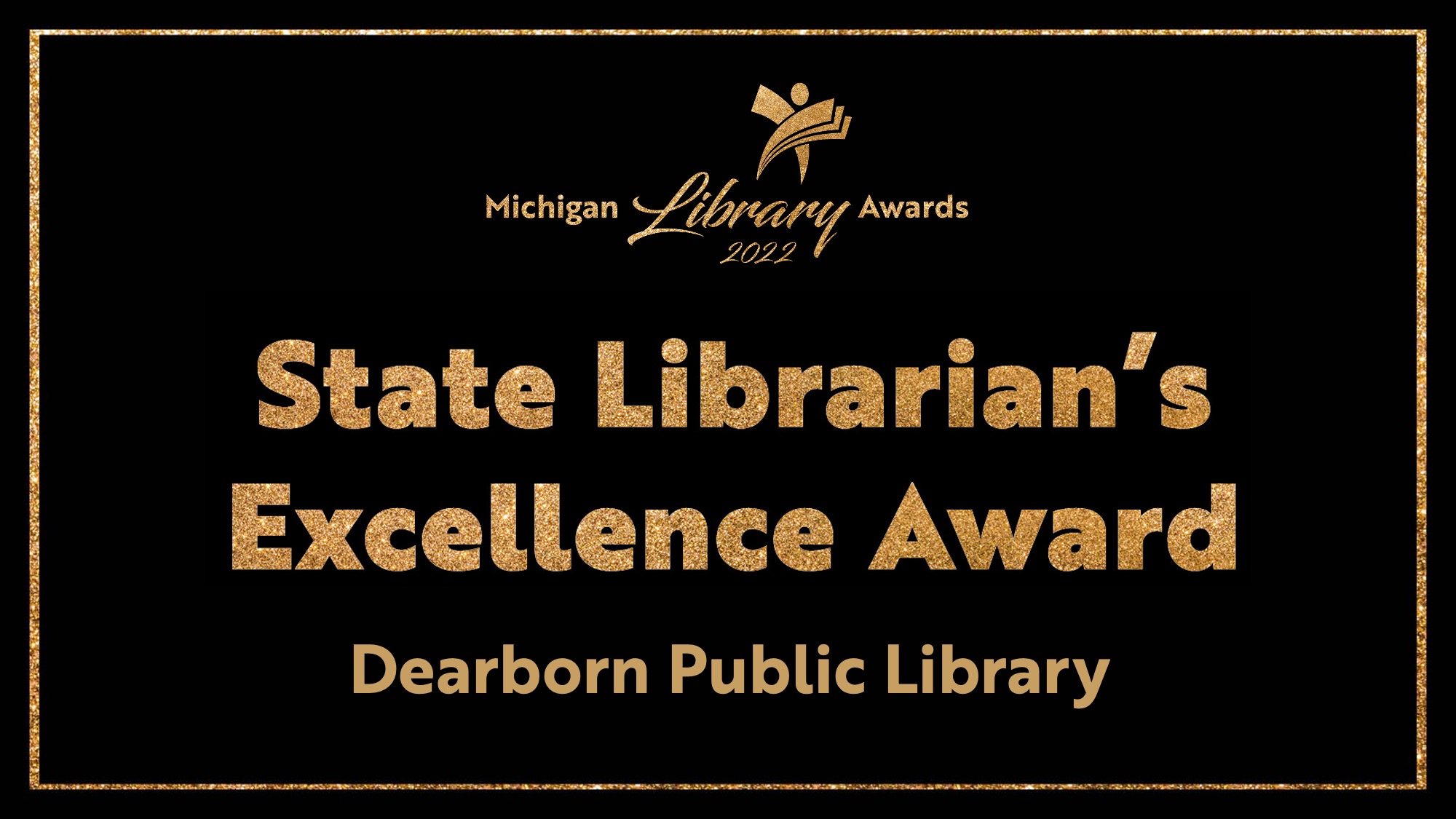 The State Librarian’s Excellence Award was awarded to Dearborn Public Library. This award highlights the importance of Michigan libraries’ services and recognizes an exemplary library for its commitment to excellence. SIS alumna Julie Schaefer, MLIS 1992, is interim director of the library.The State Librarian’s Excellence Award is sponsored by the Roger and June B. Mendel Fund through the Library of Michigan Foundation.