Library Journal has named School of Information Sciences alumnus Calvin Battles to its 2022 Movers and Shakers list in the Advocates category. He is an adult services coordinator for the Jackson District Library.

As a librarian for the 13-branch system, his job encompasses myriad responsibilities. But, like most librarians, Battles is a problem solver at his core. 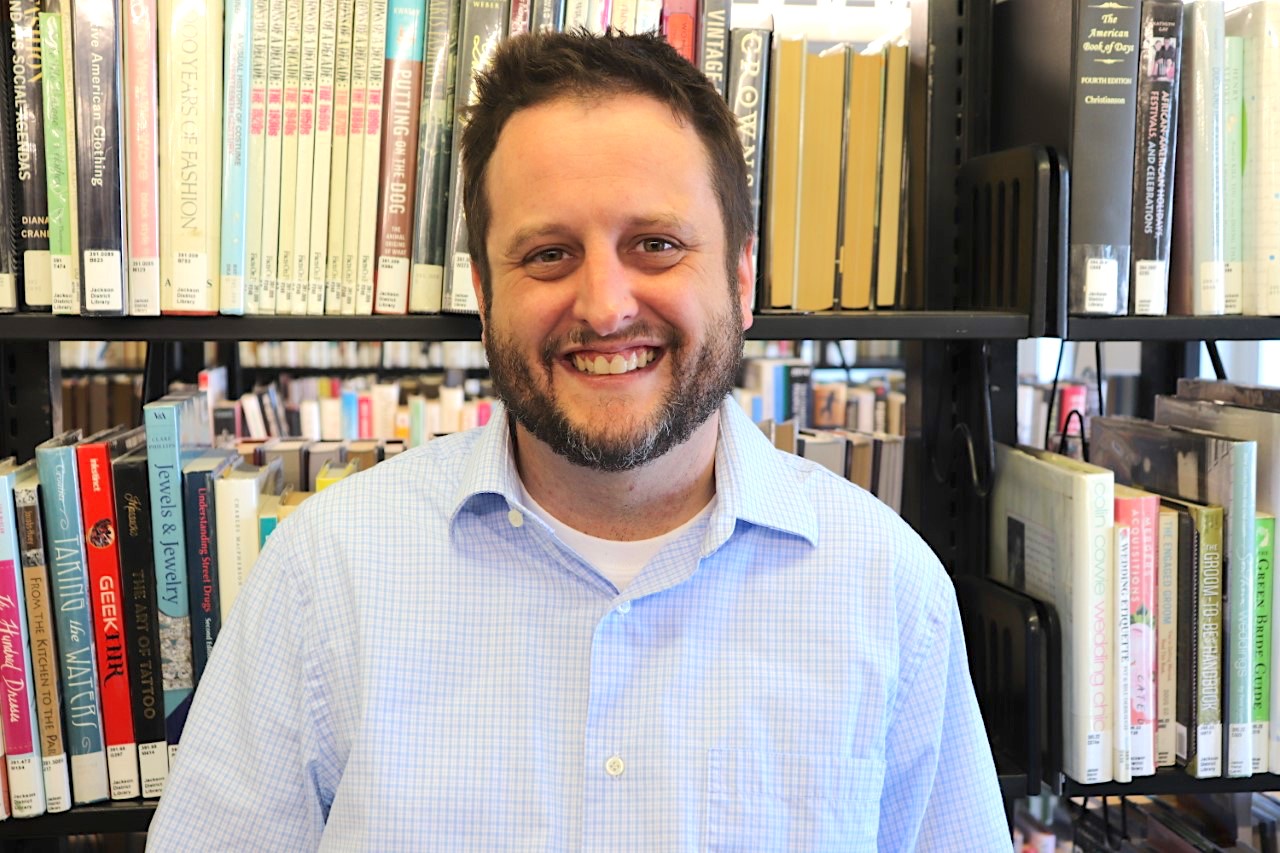 “In Jackson, we’re not an affluent community,” Battles said. “If we want to do positive things, we have to work together.” To that end, the libraries collaborate with local organizations to combine resources and “get the most bang for our buck.” So when a Michigan Works employee noted that people seemed eager to work but there were a large number of open positions available, Battles went into problem-solver mode to find out why.

Battles told Library Journal, “The truth of the matter was, there were people who had felonies from 35 years ago who were being told they can’t get housing and can’t get a job because of a felony from when they were 16 years old. Now they’re 50. The conclusion we came to was it’s not a skills thing, not a lack of people who want to work, not any of those things. Having a criminal history would stop people dead in their tracks.”

Battles, who previously served on a committee focused on the decriminalization of poverty, developed a program to help members of the community get convictions expunged from their records. While recent changes in Michigan laws have made expungement more accessible, the process and paperwork can be overwhelming.

Expungement fairs are now a regular part of the Jackson District Library’s programming, and Battles has worked in partnership with an attorney from Legal Services of South Central Michigan to train staff on how to determine who is eligible for expungement and how best to navigate the process. The program has helped people gain housing, get promotions and qualify for jobs.

“One of the tenants of library school is that you’ve got to be willing to change, adjust and meet the people where they are,” Battles said. “That always stuck with me. It’s not ‘typical library work,’ but in a way, it felt like typical library work.”

The success of the legal assistance program encouraged Battles to look for other ways the library could address the needs of the community. He began meeting with local organizations to create an adult literacy service and realized that most existing programs required a fourth-grade reading level to participate — but 17 percent of the community did not meet that requirement. The libraries now offer a program to help bridge that gap and assist local adults in developing literacy skills.

Battles was born and raised in Jackson and said that helping people in his hometown is incredibly satisfying. “As an undergrad, a professor asked, ‘What do you want to do with your life?’ My answer was that I wanted to help people.”

Battles, whose mother was a teacher, spent lots of time as a child at Jackson’s Carnegie branch and considered teaching after receiving his bachelor’s degree in English from Michigan State University. After working as a substitute teacher and filling in for the librarian at his mom’s school, he discovered that he preferred working in the library more than in the classroom.

That realization led him to pursue a master of library and information science degree at Wayne State. Battles said his time working as a graduate student assistant for the university’s library system was especially helpful in preparing for his career. During his time in the MLIS program, Battles gained hands-on experience through a practicum at the Ferndale Public Library and working with instructors to present three separate times at the Michigan Library Association conference.

Prior to joining the Jackson District Library, Battles was a librarian for the local middle school, where he had the opportunity to build the library from the ground up, working with parents to help fund his efforts. What started as little more than a storage area is now a beautiful space with a robust collection, complete with a café where students can study and collaborate.

Battles’ life in libraries has come full circle — his office is now located in the Carnegie branch that he visited so often as a child. “My days are spent helping people in my hometown,” Battles said. “If your goal is to help people, a public library is as good a place as I can imagine to accomplish that goal.”