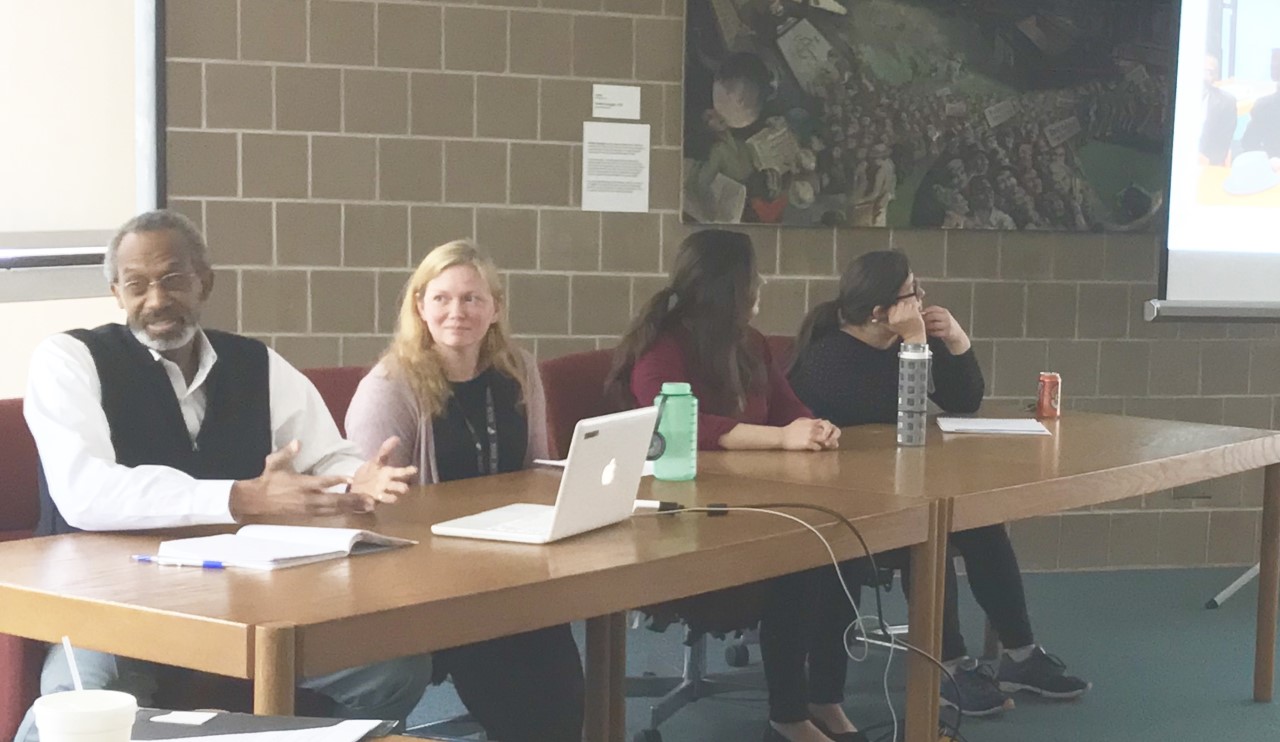 On Tuesday, June 11, at Wayne State University's Walter Reuther Library, four university archivists took part in a panel discussion on the importance of diversity, equity and inclusion in the field of archival processing.

The event illustrated why it's critical for historians to represent all sides of historical events and to fill in gaps in the historical record.

"It's important for people to see how diversity plays a key role in the archivists' work here at the Reuther," said WSU Librarian Damecia Donahue (MLIS '10). "Hopefully it's something we can incorporate in our other libraries, too."

"We have a pretty significant collection associated with the black community in Detroit, including the Ramon Scruggs Papers and the records of Edward Vaughn, as well as the records of Judge Damon Keith," Jones said. "In recent years, the Reuther has also acquired a number of other significant collections, including LGBT Detroit, Trans Sistas of Color and the Southeastern Michigan Gay & Lesbian Association."

Audiovisual Archivist Elizabeth Clemens (MLIS '01), who works with still photography and photo negatives in the Reuther's audiovisual department, stressed the importance of terminology in photo descriptions so that underrepresented groups and individuals are accessible.

Diverse experiences, whether they have to do with race, gender, class or sexual orientation, are what archivists refer to as "hidden subjects" within their holdings. Researching these subjects can be very difficult, especially if the material is buried in unprocessed collections.

"If we aren't creating and describing new content, people are unlikely to find it, and it'll remain on the shelf and out of the historic record," said Clemens.

WSU Labor and Urban Affairs Archivist Shae Rafferty discussed how the terminology they use to describe the Reuther's manuscript collections matters.

"A lot of our past collections have been built on white, straight male voices, and so we're making a bigger effort to balance those voices out."

Meghan Courtney, the Reuther's outreach archivist, said that while diversity initiatives are important, starting them at the level of grad school is too late. By that point, many have already chosen their career paths.

"I've never heard a child say, 'I want to grow up to be an archivist,'" Courtney said. "Children don't know what an archivist is, but as a field, we don't always reach the broadest range of human beings that exist around us.

"Not a lot of people realize how important the archives are and how much change they can make on society and our understanding of each other. But if more people knew about the archives, they could choose to contribute their own perspectives."