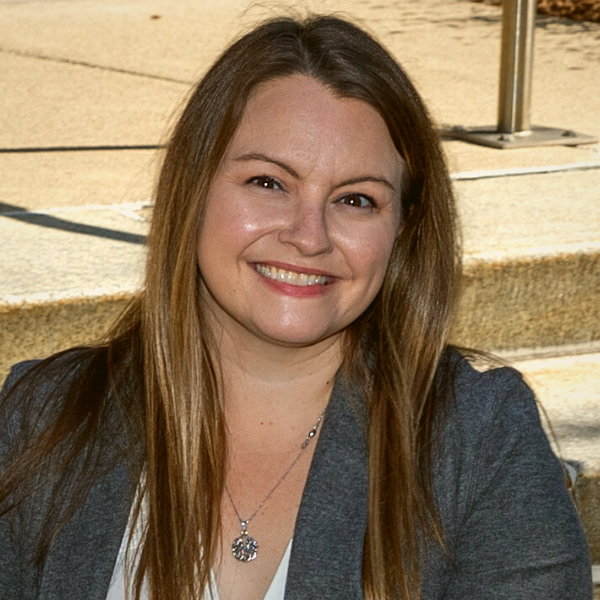 After working for Wayne State’s School of Information Sciences (SIS) for more than 15 years, alumna Megen Rehahn Drulia has started a new role in partnership development at Blueprint, a Chicago-based technology company focused on making it easier for mental health clinicians to practice measurement-based care.

While working at an art museum as an undergraduate student at Michigan State University, Megen considered her options for “what comes next” after earning a bachelor’s degree in communication in 2006. She came across an ad for an art librarian at the Detroit Institute of Arts and it piqued her interest.

Megen began her career at SIS as a student assistant before even starting to take classes. Only a year later, she was hired as an academic services officer (ASO) for the program. Although her role evolved over time, Megen remained dedicated to supporting SIS students, faculty and staff, and when she earned a master of library and information science degree in 2008 it allowed her to better understand the community she was serving.

In her role as an ASO Megen provided learning and development support to more than 400 adult learners each year. She also served as a member of several regional and university committees charged with assessment, accessibility and administrative concerns. In addition to coordinating the hiring and training for 30 part-time faculty annually, she also managed the school’s website, print and digital communications.

While she looks forward to venturing into a new industry, Megen said that the skills she acquired in the program, especially in the areas of research, will be helpful in her new position.

“I’m excited for this new chapter and for working with a product that really helps people,” Megen said. “We’ve heard from therapists who’ve said that they have patients who are still alive today because of this product. It’s really rewarding work.”

As a core member of the School of Information Sciences’ administrative team, Megen interacted with nearly every student in the program in her 15 years at Wayne State. Her hard work and dedication will leave a lasting impression on students, alumni, faculty and staff in the school and across the university.

“Megen will certainly be missed,” said Interim Dean Tom Walker. “She has an outstanding work ethic, versatility, intelligence and kindness and I have no doubt that she will be successful in her new role at Blueprint. We’re proud to have her represent the school as an alum of our program.”